The Death of The Homepage Slider

What Social Media Networks Should Your Business Be On?

Why Overseas SEO is a Risk That You Can’t Afford 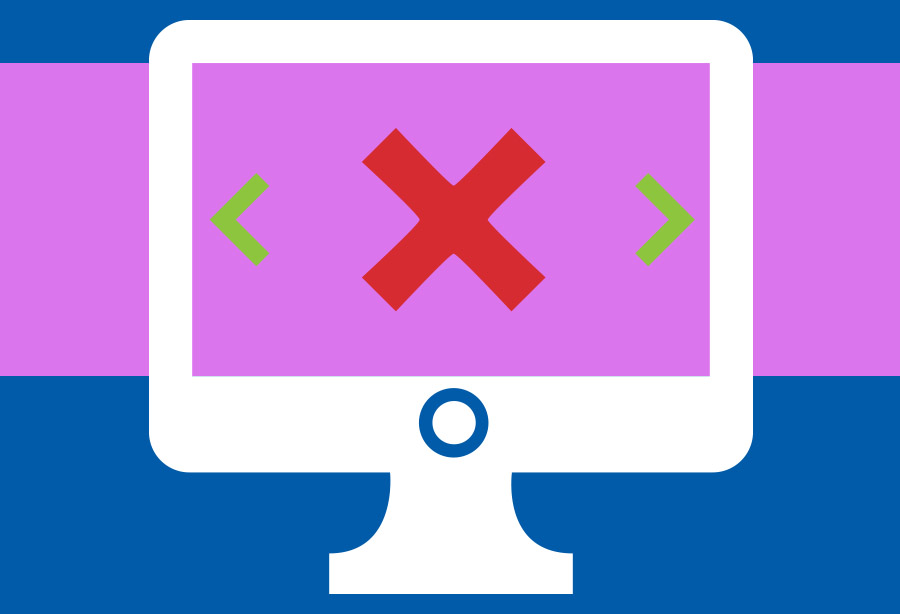 As Web Designers, Developers, and Online Marketers, our primary role is to identify potential issues in your campaign or website and help improve your users’ overall digital experience. Many business owners believe that the best way to win over potential customers is to throw the most info out there as quickly as possible, and try to convince the user to click on your current promotions. And who can blame them? They have so much to say, and little time to say it. Most statistics show that you have 3-5 seconds to convince a user to stay on your site, so having a rotating banner with a bunch of images is a great idea, right?

WRONG! Let’s find out why.

Jakob Nielsen, the usability guru, recently used focus groups to answer a specific question: “Does Siemens have any special deals on washing machines?”. The information was located on Siemens website in the very first slide on the homepage, but the majority of users did not find it – the study concluded that because sliders are so prevalent on almost every website today, people suffer from banner blindness. The users subconsciously ignore sliders completely because they view them as distracting.

Notre Dame university also collected Google Analytics data based on thousands of visits and found out that only 1% of users clicked a call-to-action on their rotating banners. The other slides hardly got clicked on at all. I think this site sums it up quite nicely, but there’s more.

The folks at WordPress love to remind us to update our plugins and WordPress versions, and with good reason! Outdated slider plugin attacks are the most common hacking attempts, and quite simply, one of the easiest ways for hackers to inject malicious code into your website. Recently, a large malware campaign targeting a popular slider plugin compromised over 100,000 WordPress sites.

Sliders are bad for SEO

Basic SEO best practices state that every page should only have a single h1 tag, followed by an h2, and then h3 tags. One of the biggest problems with sliders is that, typically, every caption is wrapped in an h1 tag, and if you have 6 slides, that creates 6 “important titles” that Google has to sort through. It basically devalues every heading because in the search engine’s eyes, the messaging is unclear, and it doesn’t know which terms you should rank for.

Not only that, but sliders are extremely heavy and front-end loaded. They feature several CSS stylesheets and multiple JavaScript calls, and use many large, high-resolution images. All those things combined severely affect the overall loading time and performance of the site. Every extra second it takes to load a page hurts the user experience, and this is especially true on mobile devices. The real kicker is that Matt Cutts from Google recently announced major penalties for slow page load speeds in the coming months. Big, clunky sliders are not helping your case.

Your promotions may be important to you, but not always to your user

Imagine your user’s experience for a moment. They land on your homepage and look around for a second or two to figure out where they want to go. A large, full-width banner image with a headline is the likely destination for their eyes. Unfortunately, what they see has nothing to do with what they’re looking for. The marketing department wanted to feature a current event, and the sales team wanted to feature an upcoming sale. Management also wanted to point out core values, and the CEO insisted on showcasing the next conference. What are the odds that the user needed, or wanted to know all this? None.

Let’s use the Hilton website for example. Here’s an image of the old Hilton site, pointing users to explore San Diego. 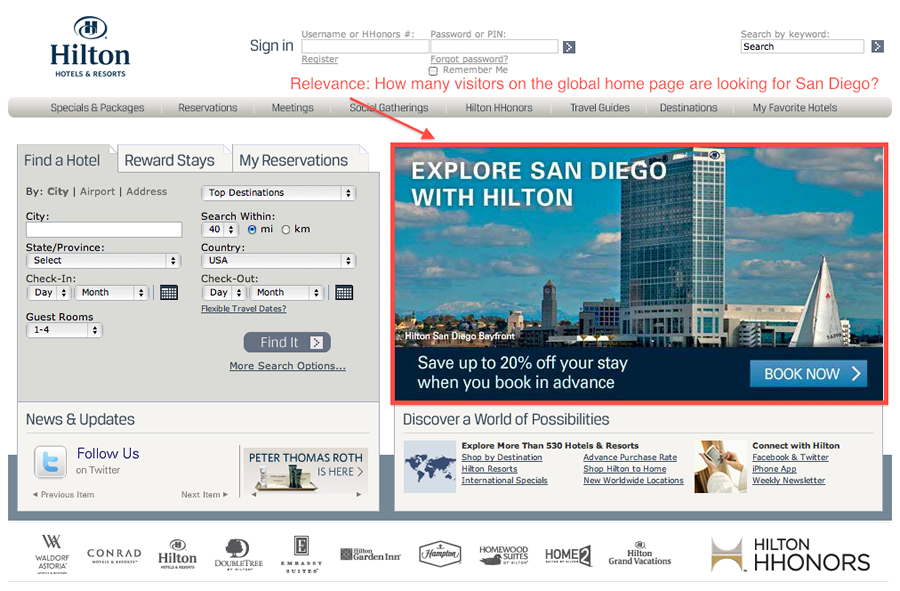 The truth is, no one visiting the site will go to San Diego on a whim. This is wasted space.

Now take a look at the new site. They redesigned the site with the user in mind. Instead of telling you where to go, they have one clear, simplified message with an input to ASK YOU where YOU want to go. Isn’t that great? Their marketing promotions for specific destinations have been reduced in size and pushed down below the fold.

You should work on your messaging

Need help coming up with some clear and concise messaging to replace your slider? We can help! 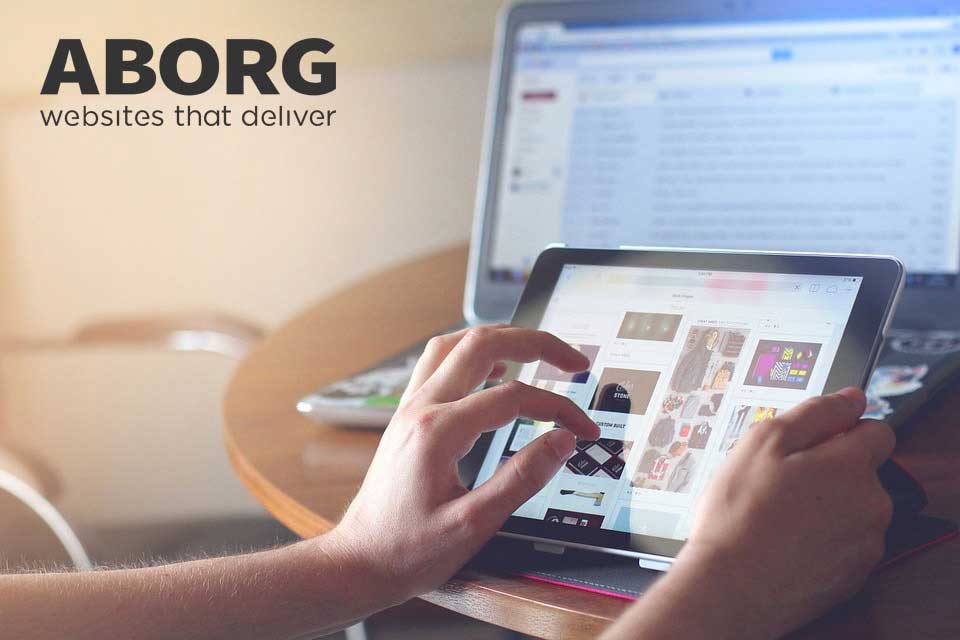 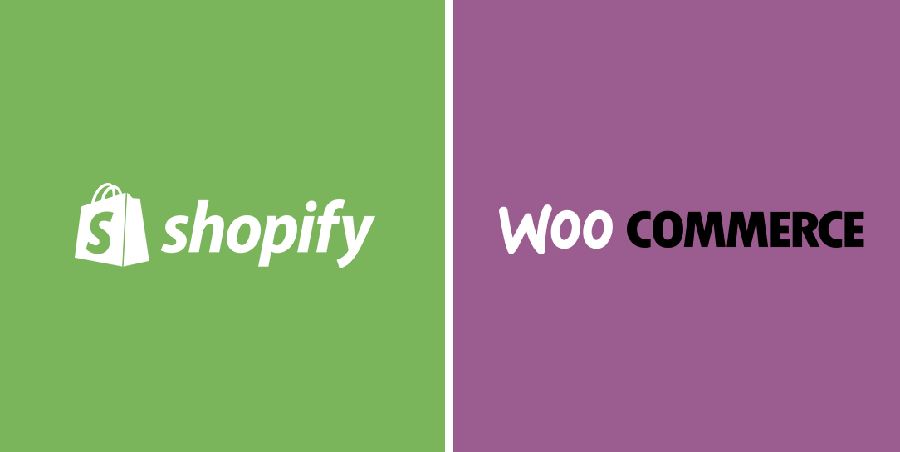 Shopify Vs WooCommerce – What’s Best For Your Business? 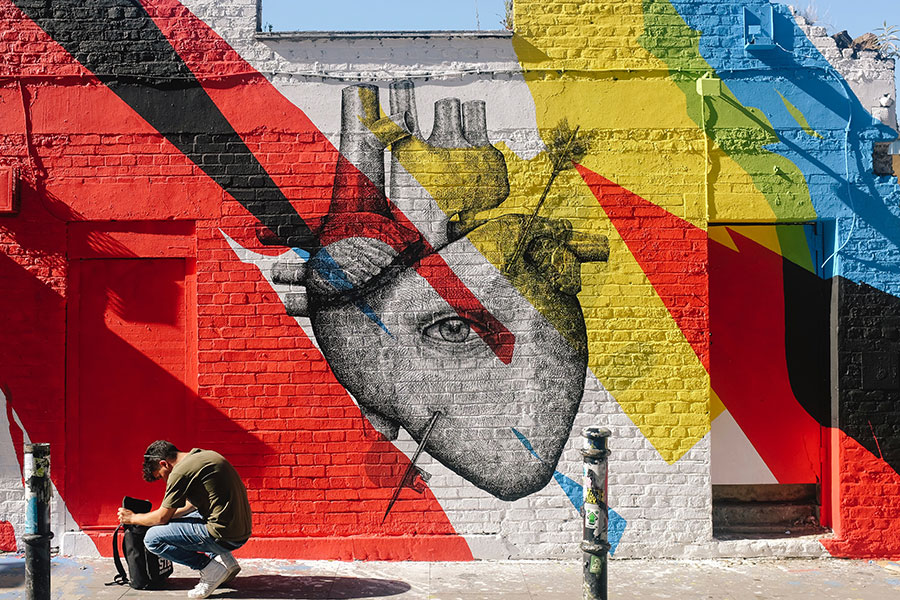